The Cancer Research Center of Toulouse (CRCT), whose building is adjacent to the hospital, houses several basic research teams. 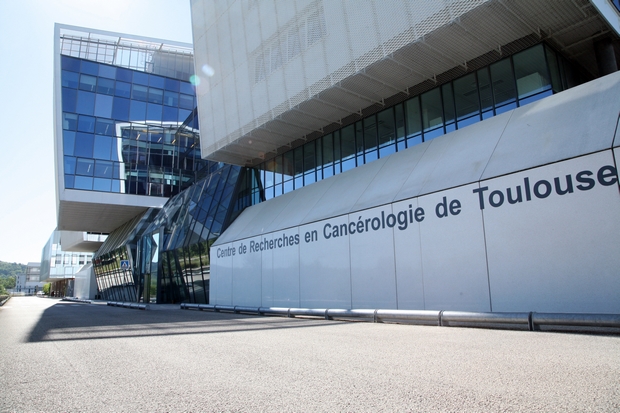 The CRCT has 21 research teams and 3 technical centers, all based on the Oncopole Campus in the Langlade district of Toulouse. The Center was opened in 2014 to meet three main objectives:

The unique symbiosis between research (CRCT) and treatment (IUCT) achieved by the Oncopole campus allows research projects to be pursued from laboratory to bedside, all on a single site. This novel approach was chosen in order to achieve two main goals: improve diagnosis of the disease for all patients and, most importantly, ensure every patient receives the most appropriate treatment. The proximity of several major pharmaceuticals companies is another great asset for the CRCT.

The CRCT pursues four basic and translational research themes, all of which focus on unravelling the complex molecular mechanisms that come into play in cancer cells and their environment:

In addition, the CRCT has launched two integrated, transdisciplinary programs aimed at accelerating the translation of “basic” research discoveries into clinical applications:

Three strategies are being followed in order to improve the interface between research and clinical applications:

To find out more about the research teams and their projects, click on the links below: